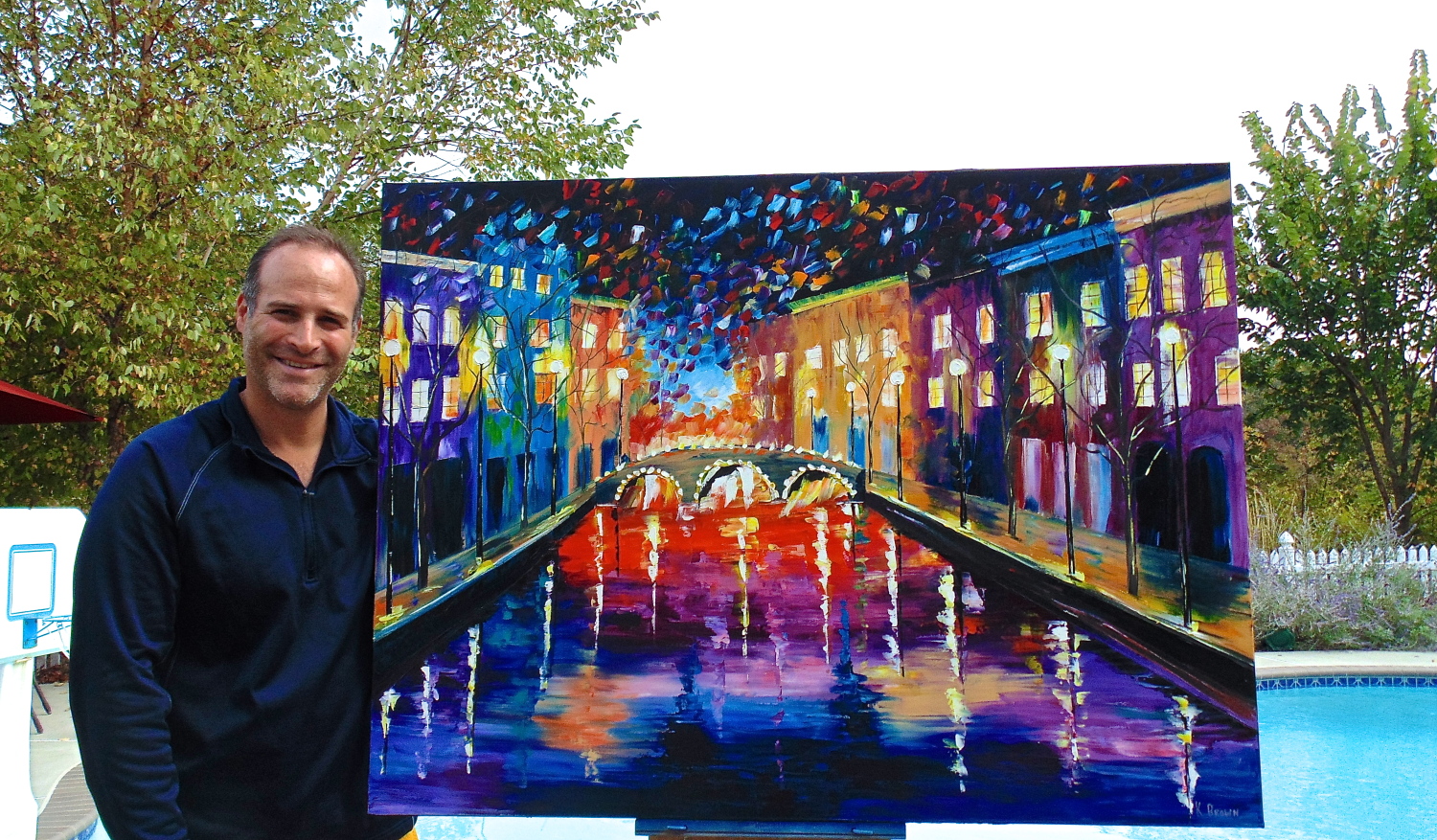 Kevin Brown is a chiropractor in the Baltimore area, where he has been practicing for the past 21 years. After graduating from UMBC in 1992, he went on to attend Life University in Atlanta, GA and received his Doctor of Chiropractic degree in 1997. Kevin spends his free time boating, fishing, and with his family. Kevin has always enjoyed working with his hands to make people feel better, which not only led him to choose his profession, but his hobby of painting as well.

As a young boy, Kevin Brown spent his summers on the Chesapeake Bay boating and fishing where he took a great love and interest to the water. Kevin became an avid salt and freshwater fisherman. To this day, he still loves the water and fishes at least three days a week. His love of fishing and the outdoors is reflected in his beautiful paintings of nature. His artistic style depicts a range of nature and wildlife shown in all seasons, from wintry mountains to tropical marine sport fish. As an optimist, Kevin strives for his paintings to make the viewer feel more positive with his use of brighter colors and peaceful subjects. His medium of choice is oil paints on stretched canvas. Kevin's artwork has been reproduced as prints, greeting cards as well as t-shirts.

"I got a letter from somebody here a while back, and they said, 'Bob, everything in your world seems to be happy.' That's for sure. That's why I paint. It's because I can create the kind of world that I want, and I can make this world as happy as I want it. Shoot, if you want bad stuff, watch the news." - Bob Ross